How Long Does It Take For Radon To Give You Lung Cancer?

We can't see it, smell it, or taste it, but it might be in your home. And it could give you lung cancer.

Radon, a radioactive gas, enters your body when you breathe it in, and every time you do, it's increasing your chances of lung cancer.

It's estimated that every year, radon in homes causes 21,000 lung cancer deaths. That's second only to smoking.

Among non-smokers, radon is the leading cause of lung cancer.

Radiation is called the "complete carcinogen" because it can initiate, promote, and propagate cancer.

The primary site of radon poisoning is inside of your home.

The average person receives more radiation from their homes than from all other natural or man-made sources combined.

Radon is a proven and very potent "Class A" carcinogen.

Safety limits on toxins or carcinogens in food or water are set at levels a thousand times less lethal than what is the risk from radon in an average American home.

Radon is very dangerous, and we could be breathing it in every day without realizing it.

Unfortunately, most people don't know they've been exposed to radon gas until they've been diagnosed with lung cancer.

Thinking about using a home test to detect radon in your home? Read our blog post: "Are Home Radon Test Kits Accurate?"

In the article below, we will discuss radon and lung cancer, and how long it might take radon to give you lung cancer.

Radon is so dangerous because of how deadly lung cancer is.

As we mentioned above, radon is second to only smoking as the leading cause of lung cancer.

If you don't smoke and you are diagnosed with lung cancer, chances are it was from radon poisoning.

Lung cancer is the leading cancer killer in the United States, taking 160,000 lives every single year. 171,000 people are diagnosed with lung cancer every year.

Lung cancer's 5-year survival rate is only 10-14 percent, making it the deadliest of all cancers.

By the time people develop symptoms of lung cancer, cancer has usually grown to the size of an orange or has spread to other organs.

Fortunately, the death rates for many types of cancer are declining.

However, with lung cancer, the age-adjusted mortality rates have been rising.

Lung cancer is so dangerous, that you should know if you are at risk for developing it so you can eliminate those risks.

That's why radon testing is so important. 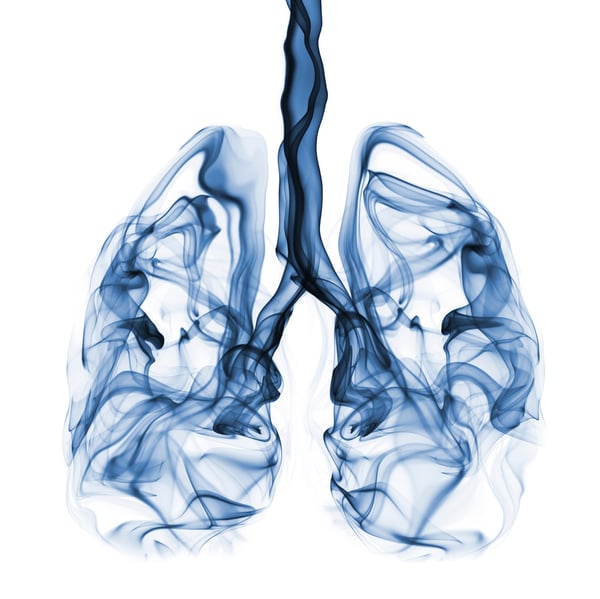 After you inhale radon gas, it dissolves in your blood and circulates through the body, organs, and tissues until it's rereleased through the lungs or the skin.

Luckily, most radon atoms harmlessly leave the body before they do any damage.

The problem with radon is the radioactive particles it produces.

These minute, electrically charged, and chemically active particles float in the air, and when breathed in, some get trapped permanently in your airways.

At the lowest level of radon deemed unsafe by the EPA, 4 pCi/L, about 600,000 radioactive particles get trapped in the lungs every hour.

The damage the particles do also depend on whether they were attached to dust or smoke, or if they were unattached.

If they weren't attached, they could lodge deeper in the lung, increasing the chances of lung cancer even more.

It Only Takes 1 Atom

Carcinogens cause random damage to the chromosomes and DNA molecules contained in the nucleus of the cell.

Most cells are either killed or sterilized.

However, one of the damaged cells could survive and be capable of reproducing.

That cell can then begin to reproduce in an undifferentiated or cancerous manner.

And most cancers are of a monoclonal origin, meaning they originate from damage to a single cell.

Even a single radioactive particle can cause significant genomic damage to the cell's DNA, including mutation and transformation.

Since these effects randomly take place at the cellular level, there's no such thing as a harmless dose.

Even allowing for cell repair, the passage of a single alpha particle has the potential to trigger cancerous growth of cells that it does not kill outright.

Lung cancer begins in the bronchial tubes and the lungs.

The danger of a destructive spread is acute because the lungs are connected to other organs of the body by a complex network of blood vessels.

Surgery to remove all or part of the lung may be recommended if the cancer is at an early stage.

Only about 25% of tumors can be removed surgically. However, symptoms can be relieved or controlled.

Radiation treatment and anticancer drugs to stop the spread of the tumor or destroy cancerous cells could also be recommended.

The survival rate after five years for lung cancer patients is only 10 to 14 percent.

It kills more people than any other cancer, and the numbers seem to be increasing.

what is considered long-term exposure to radon?

The question we've all been waiting for: how long is long-term exposure to radon?

When can we finally relax if we've been exposed to radon?

Unfortunately, the answer is never, unless we're already well advanced in age.

If a person has been exposed to radon, 75% of the radon progeny in the lungs will become harmless lead particles after 44 years.

So how long does it take for radon to affect you? When a particle damages a cell to make it cancerous, the onset of lung cancer takes at least five years but can take 10 to 25 years and even longer.

The decades-long decay of radon and the slow onset of cancer makes it impossible to measure the increase in death rates caused by radon in a mobile population.

Therefore, most lung cancer studies are based on the thousands of miners exposed to radon or on extensive animal, cellular, and radiological research.

Only a few people exposed to radon will develop lung cancer, but the more you're exposed to it, the higher your chances are of developing it.

And, once you've been exposed, the lung cancer risk lasts for the rest of your life. 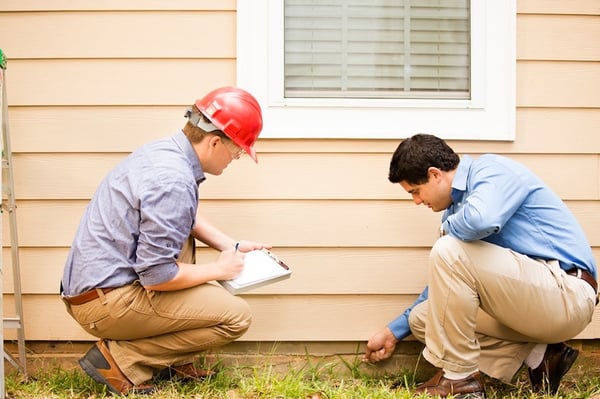 Get Your Home Tested For Radon

The outlook for people diagnosed with lung cancer isn't bright, so people need to do all they can to remove all the risk factors.

The first thing people need to do is stop smoking.

The second thing they should do is have their home tested for elevated levels of radon.

An experienced radon technician will come to your house and test your levels for you.

If you do have elevated levels, they will discuss the next step with you, which often involves mitigation.

If you're ready to talk to an expert about radon to make sure you aren't at risk of developing lung cancer, contact Radon Eliminator today.