A Guide to Radon Testing: A Customers Story

A Guide To Radon Testing: Told Through the Eyes of a Customer

I remember the first time I heard about radon and getting it tested.

I was just about to purchase my first home, and the Realtor told us that outside of a housing inspection we also need to have a Radon Test performed.

Naturally an inquisitive person, I asked, "Why do I need to test for Radon and what does it cost?"

Want more information on the cost of radon testing? Read our blog post: "Why Do You Provide a Discounted Residential Radon Testing?" 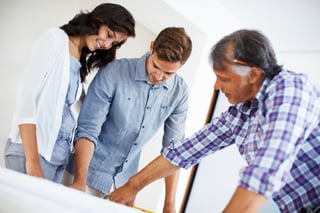 The Realtor told me that Radon gas is the second leading cause of lung cancer in the US and kills more people than drunk driving does!

I was shocked, considering my mother died of cancer when I was 11 months old, I decided to do a little more investigation into this matter, and that is what myself and the Radon Eliminator team would like to share with everyone.

We believe that this guide is going to save lives and hopefully put an urgency on all people reading it to get their house tested, and we have made a sweet offer on the bottom of this post, so you don't even have to worry about cost!

How Does Radon Affect The Human Body?

This was the first area I dug into, and I found out that radon gas binds itself to other dust particles in person home to create "radon progeny" and is inhaled into the lungs and that is when it goes to work.

After these particles attach themselves to dust and other airborne particulates and are absorbed into the lungs through respiration.

These radioactive particles begin to cause minor mutations to the soft tissue structures of the lungs.

The radiation these particles give off begins to damage the DNA structure inside your body immediately.

As radon and radon progeny in the air break down, they give off radiation that damage the DNA inside the body’s cells and eventually lead to cancer cells.

How Many People Die from Radon-Related Deaths Per Year

According to the EPA, there are 21,000 deaths annually in the US caused by Radon-related lung cancer!

How is Radon Measured and When Do I Know I Should Take Action? 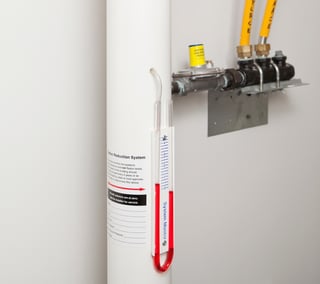 was measured, what I found out was that Radon in the US is measured in PicoCuries per Liter.

The EPA recommends that action is taken on any home recording radon levels between 2-4pCi/L and above.

The World Health Organizations recommends that measures should be taken on any home producing radon levels at or above 2.7 pCi/L.

How did the company measure Radon levels?

A member of the Radon Eliminator team came to my house and set up a little measuring device called an electronic continuous radon monitor on a tripod that was going to precisely measure (with 99.9% certainty) the actual radon levels in my house for the next 52 hours.

This gave them a long enough viewing period to see what the average levels of radon gas were in my home. After the 52 hours elapsed the certified Radon testing specialist plugged in his computer and extracted the data and read my results to me. I was shocked!

Here I thought I was buying a house in a safe neighborhood, with great schools and all of that good stuff and I learned that on average my home was at 8.1 pCi/L, twice the deadly limit, I knew something had to be done immediately, or I was putting my family at risk unnecessarily.

How do you know that the Radon test results were accurate?

After I had calmed down a little bit, I asked about the accuracy of Radon Testing and could the results be skewed by outside influences. 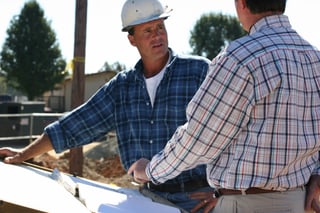 The tester told me there were four factors that could influence the results:

Are my Neighbor's results the same?

I was curious about my new next door neighbors as well and asked them about Radon, some told me Radon tests were not required when they moved in, others told me they tested below the limit, and some said they were above the action level, so what gives?

Could a few hundred feet make that drastic change?

Once, again I consulted Google and the EPA website for some answers.

In all areas I searched, research has shown that you cannot accurately predict radon levels based on state, local or even neighborhood results!

Homes right next to one another can have drastically different levels based upon the rock formations underneath their foundation.

Which Areas of the US statistically have higher levels of Radon?

Was Ohio just an aberration or did other areas of the US have Radon problems as well?

Below is an image of Radon levels at a nationwide snapshot: As you can see, Ohio, where I live, has very high concentrations of Radon gas and is considered a Zone 1 priority state.

What did I do after my Test?

After my test was over, I scheduled a Radon Mitigation with the Radon Eliminator Team to take care of the problem at the source and currently have an average Radon level in my home of less than 2 pCi/L.

I love when problems get solved!

Get Your Home Tested If It Has Never Been Checked Before

If you have never had Radon testing done before, get it done by a professional, why wait, if you can protect yourself and your family from a veiled threat why wouldn't you?

In fact, the team at Radon Eliminator is offering to perform a Radon Test at a Discounted Price.

Take advantage of their offer, click on the link below for a Discounted Radon Test today and start breathing a little bit easier!

However, private homes are not the only structures at risk for radon. Read all about it in our blog post: "What is the Radon Testing Process for Commercial Properties?" 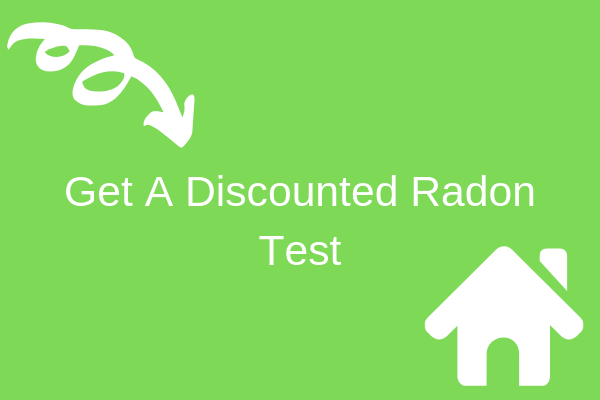