A Simple Guide To Radon Poisoning and Its Health Effects

Do you know what the leading cause of lung cancer is?

Unless you're in denial, everyone knows smoking cigarettes is the leading cause of lung cancer.

But what about the second leading lung cancer?  Any ideas?

Maybe you think it's air pollution like smog caused by vehicles and everything else that pollutes the air.

Then it must be second-hand smoke. Cigarettes are still to blame.

No, it's not second-hand smoke, although you should avoid it at all costs.

Is it occupational exposures to things like harmful chemicals and pollutants?

The second leading cause of lung cancer is radon poisoning.

Now you're wondering what radon poisoning is.

In the guide below, we will learn about radon and radon poisoning. Read on to learn more.

Radon can wreak disaster on your body. Learn more about it in our blog post: “Does Radon Cause Headaches?”

Radon is defined as a radioactive gas that's released from the normal decay of the elements uranium, thorium, and radium rocks and soil.

It's a gas that is invisible, odorless and tasteless, making it virtually undetectable.

Radon gas seeps up through the ground and diffuses into the air.

Depending on where you live and your local geology, radon can dissolve into your groundwater and can be released into the air when the water is used.

However, in areas indoors with inadequate ventilation, radon levels can increase to levels that can significantly increase your chances of lung cancer.

What Is Radon Poisoning?

Coupled with the fact that radon is colorless, tasteless and odorless, and that radon poisoning does not cause any obviously harmful symptoms, makes it even more dangerous.

Radon poisoning can lead to the development of lung cancer, which in many cases, is the first time people find out they've been exposed to radon.

When radon amasses in buildings like homes and schools, it becomes very dangerous.

Radon also accounts for the majority of people's exposure to ionizing radiation.

Unfortunately, radon poisoning is symptom-less, meaning it does not indicate exposure.

Most people find out about their exposure when it's already too late.

You can't smell, taste, or see radon with the naked eye.

There are also no negative effects in the body until it causes cellular changes that lead to lung cancer.

This is why it is very important to take every precaution possible to reduce your risk of radon exposure.

This is even more important for people who live in a zone 1 area, which are the areas most prone to elevated radon levels.

Zone 1 areas have radon levels that the EPA has deemed unsafe.

If you or someone you know starts coughing up blood, experiencing chest pain or breathing difficulties should visit the doctor right away.

These could be symptoms of lung cancer and should be treated immediately.

If you can believe it, doctors claimed that radon was beneficial to your health in the early 20th century.

People would actually pay money to spend time in a "" to receive bombardments of radon.

Other companies tried to add radon to water, but luckily the half-life of radon meant it would disappear by the time people got a hold of it.

That gives you a good idea of how far we've come in the field of radon research.

Doctors would attribute lung cancer in miners to radon inhalation.

However, despite the realization of the hazards, radon-induced lung cancer in miners was a significant hazard until the 70s.

As we mentioned earlier, according to the EPA, radon inhalation is the second leading cause of lung cancer, right after smoking.

It's estimated that radon causes 21,000 lung cancer deaths every year in the U.S., and about 2,900 of them occur in people who have never touched a cigarette.

Perhaps the scariest part of all of this is that there is currently no test available to diagnose or identify prior exposure to radon.

That means there could be hundreds or thousands of people exposing themselves to high levels of radiation with no idea they're doing so.

With the lack of testing and noticeable symptoms, it becomes doubly important to minimize your exposure to radon.

A range of natural resources gives off radon.

The most common sources are metamorphic rocks like granite, as well as more common rocks like limestone.

However, natural rock is not the only source of radon.

Man-made structures can also be to blame for radon poisoning.

Radon enters buildings at their lowest point, like basements or cellars.

It will often make its way in through splits or gaps in the foundation, cracks in the walls, or cavities inside walls and water supplies.

That gas will then build up in poorly ventilated, airtight buildings.

To be sure radon isn't building up in your home, you should have your home tested for radon.

You have two options here; a short term test or a long term test.

If you're in a hurry and need results quickly, a short term test is to go.

However, because radon levels fluctuate on a daily basis, a long-term test will give you a clearer picture of the levels in your home.

If you find high levels of radon in your home, you need to install a mitigation system ASAP.

A radon mitigation system is any system or steps designed to reduce radon concentrations in the indoor air of a building.

Radon mitigation systems will effectively reduce the levels of radon in your home, returning it to safe levels.

They tend to be complicated systems, and shouldn't be a DIY project.

To ensure the health and safety of your family, a mitigation system should be installed by a professional. 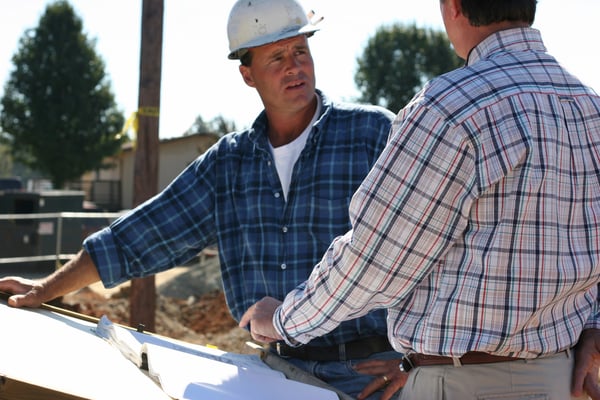 Your Simple Guide To Radon Poisoning

After reading this guide, you should have a general understanding of what radon and radon poisoning is.

If all the talk about the risk of lung cancer and radon gas being undetectable has you scared, the best thing to do is have your home tested.

Then if the tests come back showing elevated levels, you can have a mitigation system installed.

If you'd like to talk to a professional who can give you peace of mind, you should talk to the good people at Radon Eliminator.

They have years of solid experience in the industry and can test your home and install a mitigation system if needed.

Just click the button below to make sure your health and your families health are not at risk.