How Dangerous Is Radon For Your Pets?

Most of us have heard the phrase, "If you have lungs, you can get lung cancer."

Many of us also know the number one cause of lung cancer is cigarette smoke.

Fewer people know about radon, the second leading cause of lung cancer in the U.S.

Fortunately, we are seeing more and more efforts encouraging radon testing in homes and schools.

High radon levels have been detected throughout the country, putting millions of people in danger.

What gets even less attention, though, is the effect of radon on animals.

If you own a pet, then you want to do everything that you can to protect it from harm. Pets are members of the family, and our pets spend a great deal of time inside the home.

This means that they are vulnerable to any dangers that lurk in your home as well, which certainly includes radon gas.

In the article below, we will take a look at the effect radon gas has on our pets, and more specifically, our cats and dogs.

These numbers show that pets are members of the majority of families in the U.S., and a lot of money is spent keeping them happy and healthy.

Getting your home tested for radon is an essential step toward that cause, and benefits not just pets but all members of the family. 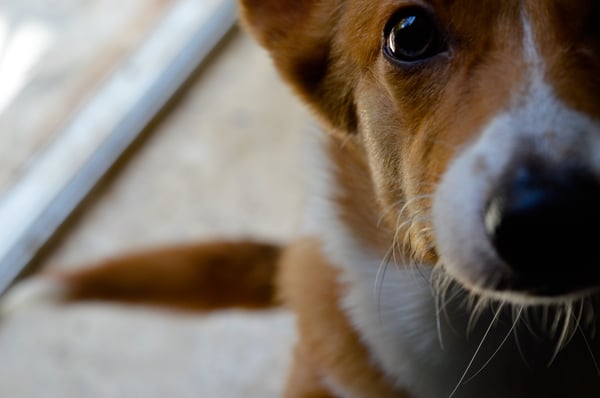 The Effects of Radon Gas on Dogs

When your dog inhales the air in your home that contains dangerously high levels of radon gas, it can seriously affect their respiratory system, just as it would your own.

There are heavy radioactive byproducts associated with radon gas, such as polonium, lead, and bismuth.

These byproducts are present in the air, and the levels can build up over time. When your dog breathes this in, they will tend to stick to the cells in your dog's lungs.

The worst thing about radon gas poisoning for your dog is the risk of cancer. Several tests on animals prove that radon gas and its associated isotopes can certainly have carcinogenic effects.

Your dog is not immune to this and is at risk for developing lung cancer the same way you would be.

The mutation of the genes in your dog's cells is usually the most common reason for cancer. This mutation is often the result of exposure to the toxins of radon gas.

Your dog can end up with a malignant tumor, skin masses, and epidermal carcinomas.

If your dog has cancer from radon poisoning, then they will generally have the following symptoms:

The problem is that your dog, just like in humans, may not show any of these signs until it is too late.

If the diagnosis comes too late, then it is unlikely that you can save your dog.

But an early diagnosis through a combination of an x-ray/ultrasound, a blood test, a physical examination, and a biopsy leaves room for hope.

Your dog can be offered a range of treatments such as chemotherapy, surgery, immunotherapy, and radiation therapy.

Consulting with your vet is the best option here, and there are specialized oncologists that will perform further tests on your dog.

The Effects of Radon Gas on Cats

Cats are smaller than the majority of dog breeds and are therefore closer to the ground. That puts them even more at risk of radon poisoning.

If your cat has been affected by radon, they will likely show several behavioral and health problems.

Radon gas can severely affect the health of humans and dogs, and your cat will likely be at even more risk.

There is a definite link between radon gas poisoning and lung cancer in human beings.

Therefore, it is not too much of a stretch to believe that your cat could get lung cancer from radon as well.

It is a sad fact that many cats contract lung cancer. The causes will vary, but radon gas poisoning will feature prominently on the list.

On average, a cat will get lung cancer between the ages of 10 or 11 years old. But the harsh reality is that your cat can get lung cancer from radon poisoning at any age.

The symptoms of lung cancer in cats are not always clear cut. Sometimes a cat with lung cancer is diagnosed as suffering from asthma. Usually, if your cat has lung cancer, they will cough and not produce any phlegm.

Here are some other symptoms of cat lung cancer:

If you believe that your cat may have early stages of lung cancer, you should get them to the vet as quickly as possible for diagnosis.

If you have tested for radon in your home and the levels were above the safe threshold, you should take your cat for a test immediately.

If discovered soon enough, there are treatment options for early-stage cancer. 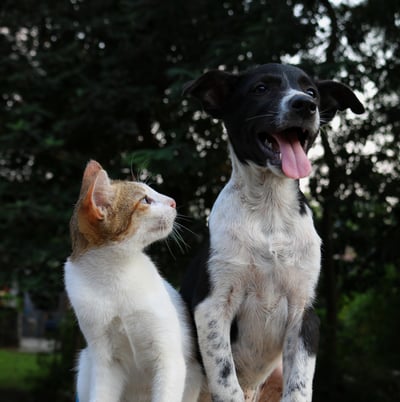 Protect Your Family and Your Pets

Your pets are your dearest friends and family members, so you should take action for their well being as well.

Your animals are at more risk of getting affected by Radon gas than you are because they typically spend more time in the house than you.

There can be instances when the radon level in your house is more than the acceptable level, which dangerous for you as well as your pets.

To get your home tested for radon gas, contact radon eliminator today.

They can schedule a test for your home, and if necessary, they can install a radon mitigation system to lower your home's levels of radon.