The last thing anyone wants to hear during a visit with their doctor is, "you've got cancer."

Luckily, medicine is progressing, and we can fight cancer more than we ever have before.

But, not all cancers are created equal, and some are scarier than others.

One of the scariest is lung cancer.

Did you know that lung cancer is the leading cancer killer of both men and women in the United States?

It also has one of the lowest five-year survival rates of any cancer type.

Lung cancer is so deadly because it is so hard to find during the early stages.

Lung cancer can grow inside of you for years before it is discovered because there typically aren't any symptoms early on.

Once you notice the symptoms, cancer has often spread to other parts of your body.

Now you might be thinking, "I don't smoke, I won't get lung cancer."

Lung cancer is caused by more than cigarettes.

Radon, the second leading cause of lung cancer, is completely undetectable, and 21,000 people die from lung cancer because of it every single year.

A central Ohio woman was diagnosed with stage 4 lung cancer due to radon, and now she is urging all the schools in her area to test for radon.

This can happen to anyone. Read our blog post: "Is Your House Plagued By Radon?"

In the article below, we will learn about radon and what Annie Cacciato wants to do to prevent it. 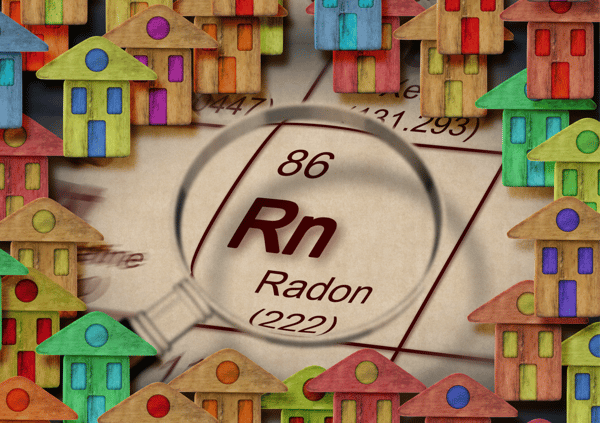 Radon is a naturally-occurring radioactive gas that can, over time, cause lung cancer.

Radon is in almost every breath you take outside in trace amounts.

When it is outdoors, radon disperses rapidly and typically isn't a health issue.

The problems arise when elevated levels of radon is found indoors, like in a school or a house.

Radon gas can become trapped inside after it enters buildings through cracks in walls or foundations of buildings.

Then the radon accumulates to unsafe levels, putting everyone in the home, school, or workplace in danger of getting lung cancer.

A woman from Ohio is fighting back against radon.

After being diagnosed with stage 4 lung cancer, she is taking the time she has left to fight for the safety of the children in Ohio.

Cacciato wants all Ohio Schools to test for the cancer-causing gas.

Cacciato says, "In my professional opinion as an advocate and real person with stage 4 lung cancer, that (spread of radon) could have been prevented."

Cacciato grew up in Granville, was a high school athlete, and graduated from North Ridge High School in 1981.

She's a non-smoker and was diagnosed with terminal lung cancer in 2013.

Looking for answers after her diagnosis, she discovered her old workplace had high levels of radon she was exposed to.

Because there are no warning signs that you are breathing in radon, one of the places she loved ended up poisoning her.

Experts say Licking County has some of the highest levels of radon in Ohio.

Recent state records indicate that schools in the county have tested at up to 25 picocuries per liter of radon about ten years ago.

That is leaps and bounds higher than the radon "danger zone" of 4 picocuries per liter.

Anything over four is considered unsafe, and mitigation is necessary.

Those numbers are astronomically high, but similar numbers can be found all over Ohio.

Cacciato plans to contact every school board in Ohio as she pushes for a new law when it comes to testing for radon in schools.

She started a letter-writing campaign and has already contacted every Licking County school district.

In the letter, she tells them, "I was exposed throughout my teen years in a Licking County public school."

She ends the letter with, "Don't make cost an issue not to test."

How To Test For Radon

Since radon is colorless, odorless, and tasteless, the only way to know if a home or school has high levels is to test for it.

Testing can be done in several ways.

You can do it yourself with either a short-term test or a long-term test.

Short-term tests usually last for around three days but may last longer.

That's why if you plan on going the DIY route, you should always opt for a long-term test.

They will give you a much better idea of what the radon levels are actually like in your home.

If you prefer not to do it on your own, you can hire a professional radon testing and mitigation company.

Companies like Radon Eliminator will come to your home and set up their tests. You don't have to do anything.

If your test comes back negative, they will be on their way, and you can sleep better at night.

If you do have elevated levels, though, Radon Eliminator will work with you to get your levels back down to safety.

That typically involves installing a mitigation system that will route radon gas from the soil below your home out above your roof, making sure it doesn't get trapped in your home.

If you would like to speak with Radon Eliminator about getting your home tested, click the button below.