A Brief History Of Radon

Radon is a radioactive gas that occurs naturally in the atmosphere.

Radon is a result of the decay of the elements radium, uranium, and thorium.

It is colorless, tasteless, and odorless, and completely undetectable to humans.

It's an inert gas, so it is inactive chemically and only combines with other substances under extreme conditions.

It's the heaviest known gas, and it's considered a health hazard due to its radioactivity.

Trace amounts of radon can be found in almost every breath we take, but radon that is breathed outside is typically harmless.

The issues with radon arise when it is allowed to build up inside of a home or workplace.

Radon has no known biological purpose, but experts believe that it has played a significant role in evolution since radiation is required for genetic modifications to take place.

Want more information about the amount of potential radon in your home? Read our blog post: "What are Radon Levels."

In the article below, we will take a brief look at radon and its history.

The Discovery of Radon

The German chemist Friedrich Ernst Dorn has been credited with the discovery of radon in 1900.

He discovered the new gas, which he referred to as radium emanation, while studying the decay chain of radium.

The Scottish chemist Sir William Ramsey, the winner of the Nobel Prize for chemistry in 1904, took his exploration of radon even further.

Along with the English chemist Robert Whytlaw Gray, Ramsey isolated radon and calculated its density so that it could be included correctly in the periodic table.

Doing so, they discovered that it was the heaviest gas known to man.

They renamed the gas to niton after the Latin word for shining, nitens.

That name never stuck, and in 1923, it was known around the world as radon.

The Dangers of Radon

Radon is present in the air all around the world, and everyone breathes in radon every single day.

Not to worry; it's completely harmless at low levels.

But, if you breathe in elevated levels of radon over long periods, you put yourself at an elevated risk of lung cancer.

Radon is responsible for about 21,000 lung cancer deaths a year.

2,900 of those deaths occur among people who have never touched a cigarette in their lives.

It's estimated that 1 in 15 homes in the U.S. have elevated levels of radon.

The undetectable gas enters homes through cracks in foundations, floors, and walls.

Radon levels can be higher in homes and buildings that are well insulated and tightly sealed, not allowing the gas to escape.

If your home is built on soil rich in uranium, radium, or thorium, you could also see elevated levels of radon.

Radon is measured in picocuries per liter of air, or pCi/L.

The average indoor radon level in the U.S. is right around 1.3 pCi/L.

Outdoors, the average level is about 0.4 pCi/L.

These levels are considered harmless and are nothing to worry about.

When radon levels in your home reach levels at or above 4 pCi/L you should take action to lower your levels.

The EPA recommends taking action when the radon levels in your home reach 2 pCi/L.

It's always better to be safe than sorry.

In 1984, the"Watras Incident" led to the discovery of the highest radon reading ever.

The discovery eventually urged the EPA to get involved in monitoring radon levels in residential homes.

Stanley J. Watras, a construction engineer at the Limerick nuclear power plant in Pottstown, Pennsylvania, set off the alarm at a radiation monitor installed to make sure workers weren't going home with unsafe levels of radiation on their bodies.

This was very unexpected because the plant was still under construction, and it hadn't been filled with nuclear fuel yet.

Exposure was impossible at that point.

A team of specialists would eventually discover that Watras was not picking up the radiation at the plant but from his home.

Radiation levels in his home were found to be 700 times higher than the maximum level that was considered safe.

Radon gas was the culprit which had been seeping into his home from the soil beneath his house.

Living in a home with radiation levels 700 times higher than the maximum level considered safe is equivalent to smoking about 200 packs of cigarettes - every day.

Watras and his family moved out right away, and the home was taken over by scientists to study the long-term measurement of radon and the testing of radon mitigation approaches.

After several months of work, the radon levels were brought back to an acceptable level, and the family was allowed to move back in.

Spurred on by the Watras incident, the EPA now recommends that everyone have their home tested for radon. 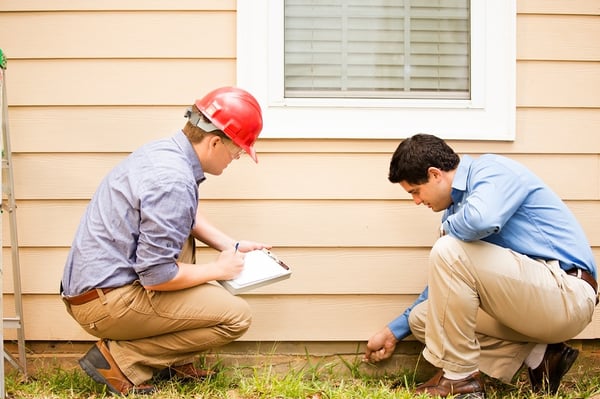 Make Sure Your Home Is Safe

While it is unlikely that you are breathing in the equivalent of 200 packs of cigarettes a day, you could still have unsafe levels of radon in your home without ever knowing it.

The only way to know for sure is to have your home tested.

And radon levels can vary from day to day, and from house to house, so just because your neighbors home tested safe doesn't mean yours is.

You can buy radon testing kits at your local hardware or big box store, or you can hire licensed professionals to test your home for you.

When it comes to keeping your family safe from radon poisoning and potentially lung cancer, it's best to leave the job in the hands of professionals like the team at Radon Eliminator.

Radon Eliminator will come to your home and install their test to see if your home has unsafe levels of radon.

If it does, they will talk to you about radon mitigation systems that are used to get the radon in your home down to an acceptable level.

If you're ready to have your home tested, contact the experts at Radon Eliminator today.

The Original Article Is Here